Over 50,000 people have been banned from Call of Duty: Warzone

Call of Duty: Warzone is the franchise’s latest take on battle royale, and the fast-paced combat makes it quite enjoyable. However, the game only works if everyone is playing on equal ground, and cheaters are a constant hassle that developers need to deal with. Infinity Ward put out a post...

Sega made a traffic safety game in 1988, and collectors now have it

When it launched in 2017, Persona 5 represented the next evolution of the Persona formula. Persona 5 Royal amplifies the stellar turn-based combat and masterful social mechanics, as well as the complex systems surrounding them. But it also adds new characters, story arcs, and a meaty post-game palace that ventures...

Just because a game offers a fun play experience, it doesn’t always necessarily follow that it holds up to repeated replay. Board game developers must wrestle with that challenge at every step of the creation process. A big surprise element of play in the first game can be wonderful, but that same dynamic can feel stale three playthroughs later.

The creative team at Orange Nebula clearly had that dilemma at the center of their minds when crafting Vindication. This is a rich, high-end board game built for dedicated hobbyists, filled with gorgeous components, evocative art, and a creative premise. But after many months exploring the game, the feature that impresses me the most is Vindication’s comprehensive and layered approach to replayability. Vindication is a game that begs to be played on repeat, in which players rotate optional elements in and out, and rediscover the game with each playthrough. Thanks to an array of interacting systems and mechanics, it’s a tabletop experience that genuinely maintains that sheen of newness, even after returning to the game many times.

Vindication opens its rulebook with the following: “You are wretched… but that is not the end of your story.” From this core premise, Orange Nebula shapes a fascinating conceit, where each of the two to five players adopt the role of a cruel and corrupt individual, so hated that they have been thrown overboard from their ship by their disgusted shipmates, and subsequently washed ashore upon a strange and mystical island. You take up your character’s life at this proverbial rock-bottom point, and the rest of the game is a quest for honor and improvement – a chance to find the vindication promised by the game’s title. It’s a compelling idea that lends a fundamental moral overlay to the structure of turn-to-turn play. Rather than a quest for power or victory points, value in the game arises through attributes like wisdom, strength, or courage, which in turn leads to the all-important honor that offers a path to personal betterment.

The gameplay that supports that premise can feel overwhelming at first glance, if only because there are so many interlocking concepts. You explore a modular island board, with new hex spaces placed randomly as you cross them, demanding you craft a strategy for movement and area control that is different in each playthrough. Collected companions, relics, and other items means that your fundamental action selection in each turn could be completely different from your options in a previous game. Resource management is fundamental to success, but is almost an entire minigame in its own right, where potential must be gradually transformed into influence on the island, which is in turn transformed into conviction that can power especially potent actions. Those same resources also govern the growth of your character’s common attributes (like strength and knowledge), which fuels the conversion into heroic attributes (like vision). And that’s not even touching on the myriad actions and options that arise from placed tiles, and the way those completely alter the flow of play. It’s a complex model to wrap one’s head around, and your best bet is to play with a group that enjoys figuring out how all those various mechanics fit together. This is not the ideal option to pull out on family game night, sight unseen, and hope for the best.

With that warning, I’ll also say that Vindication isn’t nearly as complex to understand as it first appears. Thanks to some smartly designed systems, and a well-written rulebook, all the pieces begin to fit together quite nicely. A rule or action that seemed incredibly complex upon first examination transforms into an especially intuitive tool. Resource management and attribute conversion becomes second nature. You gradually learn the tiles, and the ways that each offer new avenues to advancement. It’s a gradual but satisfying learning curve – and in keeping with what I mentioned earlier – it’s built around the encouragement of replay.

The deeper you dig, the more that replayability makes itself apparent. Every game features different end-game triggers, so even the basic goals you’re shooting for shift in a new playthrough. But the biggest tool for changing things up comes through the board itself, and the tiles that you choose to introduce in each new session. A core set of tiles offers an ideal option for your first game, but subsequent games invite play groups to introduce new tiles, many of which come with entirely new component sets, miniatures, or cards.  Add the Menagerie tile, and suddenly pets come into play, layering in a new set of active and passive abilities for characters to chase. Throw in the Sacred Stones tiles, and suddenly teleportation across the board becomes an option. Jewelcrafting, Temple Ruins, the Well of Wishes – each fundamentally changes one or more aspect of the game, changing the way any player might forge a path to victory. 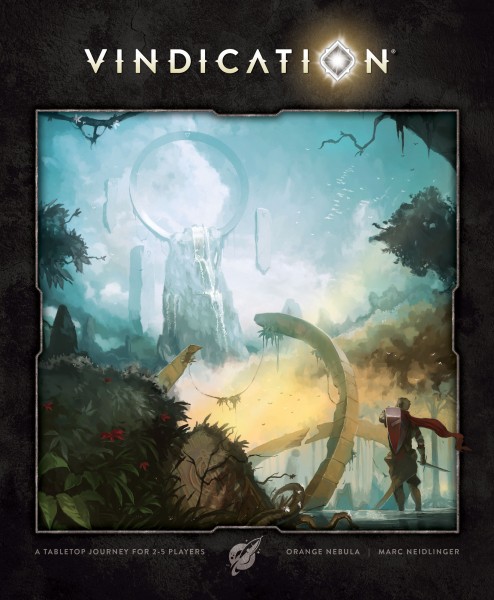 Other expansion elements are also included for even more aggressive restructuring. Treachery cards can be shuffled into the deck, lending the whole experience increased opportunities for player interaction, specifically to cause problems for your fellow players (usually at the expense of your own honor). The Guilds & Monuments system adds in various competing factions across the island, the option to gain their allegiance, and the chance to build massive monuments in their honor. Or enact the Myths & Wonders expansion, which adds massive new monsters into the mix so you can bear witness to their titanic conflict. By including all these options in the game, Blue Nebula helps you shape an island adventure that feels different every time you confront its mysteries.

The game prizes novel choices from its players, both in how you choose to set up and arrange your session, as well as the paths you take to a potential victory. After repeated plays, I’ve yet to see a consistent path to a win that overrides all the others. I watched a player win the day by a consistent string of courageous monster slayings. Another swept through the mastery tiles by exhibiting control of all the attributes. In yet another game, a player went for a total area control victory, dominating the island’s territories. And frequently, it’s a mix of those and other strategies, layered on one another. I discovered a deep satisfaction in seeing the ways all these paths played out, and got exciting when charting my own novel avenues to success. But even for players that didn’t win, there was something rewarding about the self-improvement theme that courses through Vindication, and the idea that you’re slowly but surely redeeming your character from villainy to heroism.

Vindication is a gamer’s board game, and makes no apologies for it. The perfectly organized box interior reserves a spot for everything in handy custom trays. Oversized minis, die-cut cards with unique shapes, metal tokens, custom dice for battles, and richly imagined full-color art on nearly every surface – it all oozes quality. It’s one of those games that you’re excited to see go out on the table, just because of the beauty of all the pieces and the way they fit together. 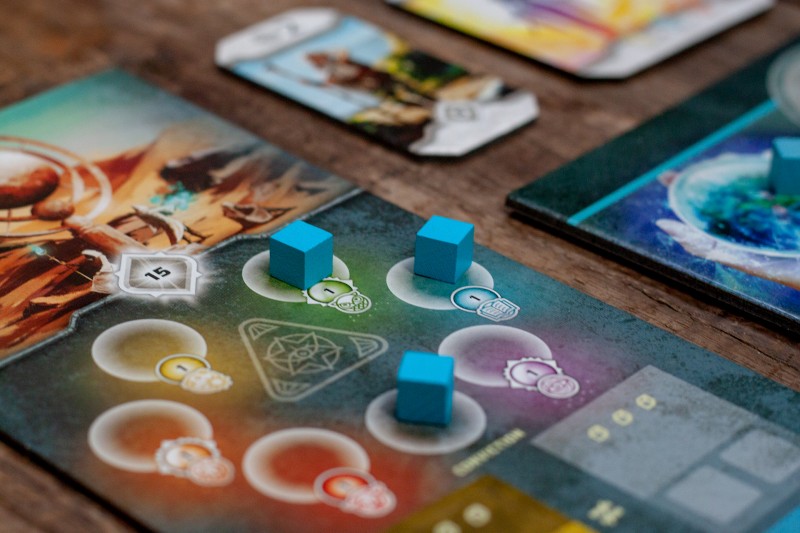 But Vindication is also a game that melds a number of mechanics together in smart ways, and somehow keeps everything in service of an emergent narrative of strange characters, stranger monsters, and a core theme about the potential for human redemption. It’s expensive (retailing from the publisher for $100) and complex enough that it’s not the perfect fit for every player group. But if you’re looking for a centerpiece game for your collection, you enjoy creative fantasy settings, and you want something that you can bring to the table again and again, Vindication is a strong contender for consideration.

For more board, card, miniature, and role-playing recommendations, click into the Top of the Table hub from the banner below. There you can find many dozens of options, including picks for some of the best tabletop games of the last several years. If you’re looking for a more personalized recommendation, drop me an email and let me know what you’re looking for. I’ve had good luck in the past helping individuals find the right next game for their friends and family, and I’d love to do the same for you.

Rumour: Nintendo’s Internal Development Servers Might Have Been Hacked

Over 50,000 people have been banned from Call of Duty: Warzone

Video: The Best Switch Games To Play When You Can’t Leave The House