I’m about halfway through my flight from Minneapolis to San Francisco, a trip I’ve taken countless times over the years. Below me, a vast expanse of green and brown extends as far as I can see. I’ve always been curious about what, exactly, I’ve been flying over all these years. I move the drone camera around and dive closer to the ground. Yep. It’s a bunch of nothing. I snap back to the plane and continue the ride. Flight Simulator 2020 offers an impressive recreation of air travel, with faithfully recreated weather, air traffic, and intricate flight models. Aviation fanatics are gushing over its realism, and review scores are high. But do I want to go anywhere near the cockpit of the Boeing 747 I’m tracking? Hell no.

I will have to take your word on it.

I’m not a pilot. I’ve played flight sims periodically over the years, but it’s a genre that I’ve never fully latched onto. I loved flying under the Golden Gate Bridge in F/A-18 Interceptor back in my Amiga days, but my interest probably peaked right around Pilotwings 64. When Microsoft announced Flight Simulator 2020 at last year’s E3, I thought to myself that maybe this could be the one. And I was elated that it was coming to Game Pass on PC – I could check it out without plunking down any additional money. Perfect! And then I played it.

I don’t begrudge anyone who has been having a great time with Flight Simulator; I’m actually closer to being jealous. I’ve tried to get into it, and finally came to the realization that it’s simply not for me. I’ve had fun watching YouTubers playing, whether they’re hardcore simmers or actual pilots comparing the simulator to their real-life experience. It’s interesting stuff. I just find those videos way more engaging than the act of actually trying to fly these virtual planes. 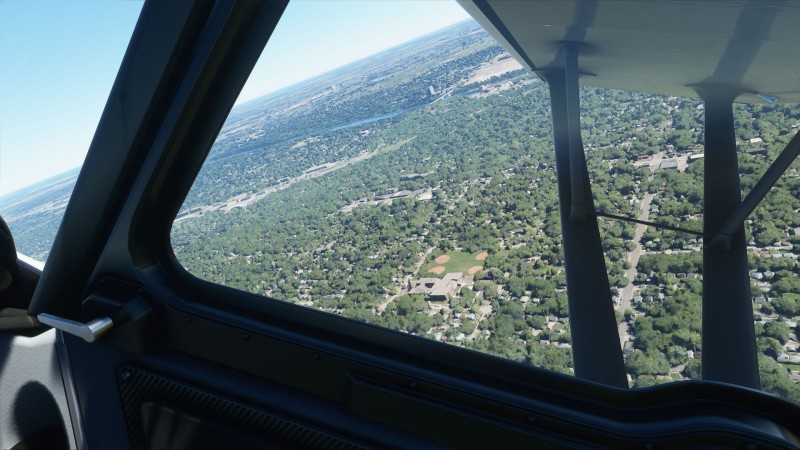 For me, the appeal of Flight Simulator is seeing places I’m familiar with represented on the screen. I know it’s kind of a dumb-guy way to look at it, but I am what I am. I took off from Minneapolis International and flew over the city, with the idea of eventually flying over to Duluth. The game’s world is built using elevation and satellite data, which is then ran through an A.I. Up high, it looks pretty great. Closer to the ground, things kind of fall apart. Cars drive around in places they shouldn’t be driving (such as rivers). And buildings have a smeared look to them. I tried to see my house, but as it turns out by the time I got close to it I’d already blown past it. Oh well. I guess I see it every day in real life, anyway. 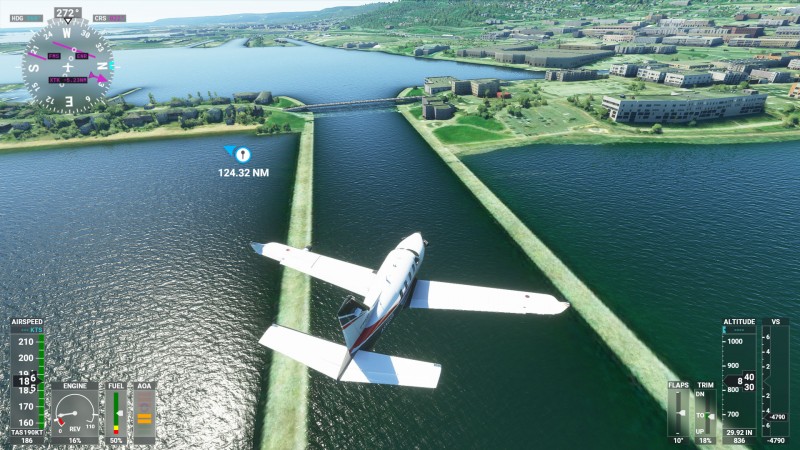 I stuffed a parking meter in Canal Park for this?!

After spending about 40 minutes wobbling around in a mostly straight line (accompanied by lots of beeps and pop-up notifications about landing gear), I saw Lake Superior on the horizon. This was my chance to buzz the Aerial Lift Bridge, which, if you aren’t from the Midwest, is a cool bridge. Unfortunately, Flight Simulator 2020’s rendition of this landmark is a little lacking. If we’re being completely honest here, I think scrolling around Google Earth is probably a better way to get what I want from this thing.

I know that I’ll never find the act of flying these planes interesting – even after dumbing down the flight models and adding all the assists – but I have found a way to justify the 100 GB+ download. I’ve been entering flight plans and then having the A.I. pilot take over. After turning off all the U.I., I can then get a startlingly close approximation of what those flights actually look like – at altitudes where the weird traffic and buildings aren’t completely jarring. And then I just have it run on in the background. 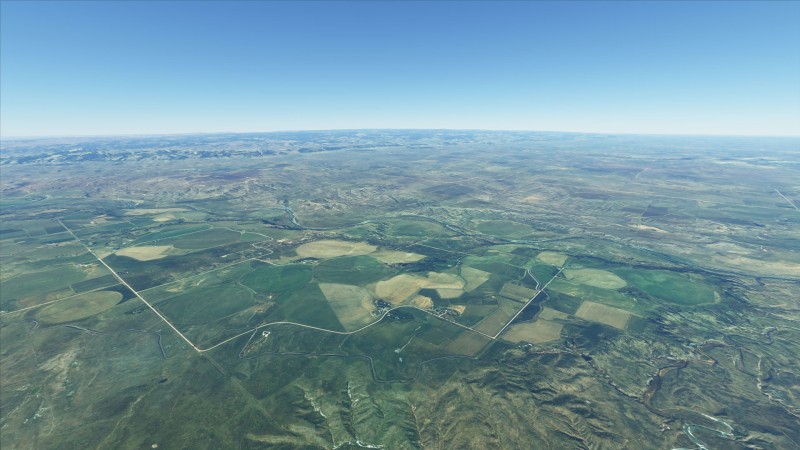 I’ll be the first person to admit that this is a Very Dumb Thing. But, at the same time, I find it extremely relaxing to glance over at the screen and see a virtual flight in progress. I haven’t been able to travel in real life for a long time, so maybe this is the next best thing? Or maybe self-isolation is just driving me completely insane. Either way, it’s why I haven’t uninstalled it.